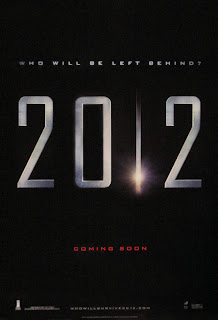 It's terrifying because you are made to reflect and do some introspection. The end itself is not actually the problem but the thought that you never accomplished anything in your life or that you have some unfinished business is agonizing.

I'm actually glad that I have enjoyed the 21 years of living here on Earth. I was blessed enough to be born into a great family (not the best but they're mine) and that I have accomplished my short term goals as of the moment. So if the world would end right now, I'm glad that I'm here at home with my family with me. I can accept the end of the world freely because I have come to accept that death is unavoidable and that if it's your time, you can either struggle or just accept it. Although one mustn't give up one's life so easily but it's the end of the world. The entire world will blow up and disintegrate so why waste your time and energy running when you can make most of the time that you have left with your loved ones.

Oh well, life is really short so we should always treasure each and every day as if it were our last one. It's so easy to say but it is so hard to follow in real life.