I really can’t help but laugh whenever I remember my Freshmen Formation Program lectures because it’s all a bunch of crap and not to mention a lie. Respect and most especially cura personalis (care for the students welfare) does not exist in , most especially in the . It’s ironic though that the admin staffs are so apathetic when Nursing is caring, well as the ideal definition of nursing would say. But on the other hand, these admin staffs aren’t Nurses at all or are professionals for that matter. If they were professionals they would have at least some ethics and know how to respect people.

The Admin Office of the has always been an anti-student department of the university ever since I was in first year. They treat the students very badly and they love to shout and destroy our self-esteem. A lot of students are against the admin people’s offensive behavior against them but they only keep quiet because they can’t do anything about it. I know a lot of people who would openly curse at these staff and a lot would agree, I would agree that they do indeed deserved to be cursed. Respect is a two way process. If they wanted to be respected then they should know how to respect in return.

I have my own share of traumatizing encounters with these savage people (yes, savage because they attack without reason). For so long I had held my tongue but I cant take it any longer. I’ll share one recent encounter with the admin that really infuriated me. I was assigned to be a student volunteer last Saturday, . I had so many reasons why I should reject such request. First, we have a family outing on that day and second I had blepharitis. But I decided to be an SV on that day because I thought that it was my duty and responsibility to do so. I woke up early and even went down from Bukidnon just to serve. But for all my sacrifices and good will what do I get in return? They shouted at me and told me to get lost. Damn them. They didn’t even give me a chance to explain myself why I went in the office that early morning when I knew that they were still closed. They could inform me in a nice way that they were still closed right? But this is not the way of the high and mighty admin staff. Their way is to shout at you with their sarcastic faces and they really try to put you down. I wonder why they have such bad tempers, not to mention manners. There are even times when I see them shouting their heads off at students even when the students try all their best to keep their cool and refrain themselves from answering back.

If some of the Nursing students have bad attitudes, these can only be reflected from the verbal abuses that they receive from the admin people. But I tell you, this has got to stop!

I feel that it is my responsibility as an elected officer to be the voice of the student body in airing out this concern. A lot of students would say that the admin people have no right to treat us, the students, with great disrespect because we after all pay their salaries. Without us, the would never exist. But even if we don’t pay their salaries, the mere fact that they are in an Atenean institution should be reason enough why they should be more student-friendly rather than abuse the students with their bad attitude.

I am campaigning for a more student-friendly . This will be one of my major projects as the elected CONUS 3rd Year Vice-President. I will be having a signature campaign and I will address this matter to the right offices so that the admin people would also be made aware of their actions towards the student body and how this affects the student body.

The Administration Office of the is ideally present to cater the needs of the students regarding enrollments and other business related affairs. If the Admin Office is hostile to the students then the essence of being in an that provides Jesuit education is tarnished.

Some Updates on my Life 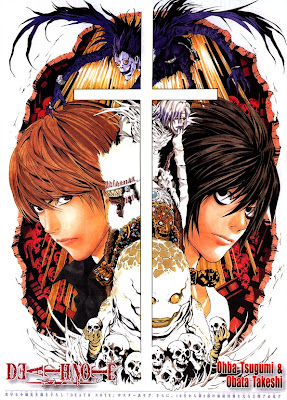 Hmm... let me see. For the past days I've been doing nothing but watch anime! I'm really bored. It's not that I'm getting sick of anime, I love anime but I'm getting bored of this repetitiveness. My soul is searching for school... oh no... did I just say what I said? I'm so missing school right now. But when I'm at school I'd hate it. Why can't I make up my mind?

I got my grades and I really can't believe I got such grades! I didn't even study that much... I don't feel that I'm deserving of such grades... Anyway, it's just a sign that we can actually do anything if we put our hearts and soul into it.

Oh yes for the anime part! I recommend Death Note! It's really cool (what a useless description hehehe). Death Note centers around a high school student who decides to rid the world of evil with the help of a supernatural notebook that kills anyone whose name is written in it. It has a very complex plot and it includes characters with great detective skills. This is a classic example of anime that would really make you think for a while hehehe. I love it! You should really watch it! It has a lot of twists and it really is a work of art.
at April 13, 2007 No comments: 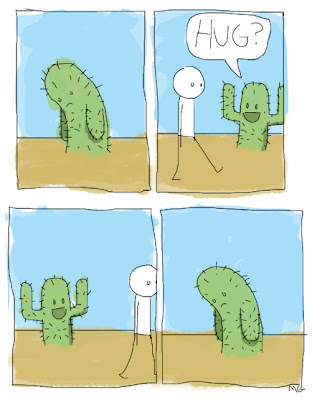 Email ThisBlogThis!Share to TwitterShare to FacebookShare to Pinterest
Labels: issues In Society, My Thoughts

I am now at the crossroad of my life. Before me lie roads that lead to my future. There are doors that are now left open but will soon close as time passes by. I am confused at which road I should take. Should I take the road less traveled or the road that everyone takes? My want for greatness and at the same time my desire for true happiness is tearing me apart. I have to choose one. It is true that we can’t take everything and that we do have to make sacrifices for one thing to work out.

People say that we may take different paths but it doesn’t matter because we will always be lead to what is destined for us. But I don’t agree… we shape our own destiny. We are the masters of our lives and fate has nothing to do with it.

I am scared of the future yes because I don’t know what will happen. But as with my past experiences, I learned that I cannot forever stay and be content with the present. Or worst, I should never linger with my past failures and stupid mistakes. Ok, I think I am repeating myself when I say that there is nothing wrong with committing mistakes, the crime would be not doing anything at all.

Life is so confusing… and why am I always writing about this stuff? Maybe it’s for me to constantly remind myself of my real priorities. I know that I am blessed and have more than others so I shouldn’t waste what the Lord has given me.

I will sail on for the future and everyone will see that I did reach somewhere great and honorable. Let us all reach for our dreams.

I am at such an inspired mood right now... I can picture myself already in a white coat giving orders around hehehe (I mean medicine orders ha?) Yup, I want to be a doctor. I'm still far away from that dream... but I'll try my best.