Be A Smart Shopper

My friends had always described me as a wise shopper because I never buy anything directly with out researching about it, it's specs and how other current owners like the product. And I am somehow like my mom because I always check the prices of the product I want to buy and compare it with the prices in other stores. I do all of these to make sure that I am satisfied with the product and the money I spent was not wasted.

Well my friend from the UK is the same like me and when he bought that laptop of his online he did not only find himself a great deal he also successfully managed to make me drool in envy.

I wished that I could have done the same thing that he did when I bought my computer because I could have saved my self the time and effort in researching about product reviews and going store to store comparing prices when I could have done all of that in one click in the comforts of my own home...

So this time my friend one and took the crown from me of being a smart shopper. Next time I'll take his advice and visit Shopping.com and Dealtime.co.uk when ever I need to buy something because with just one click of the search button I get access to the hottest deals, compare prices between several stores, and I get to read product reviews from real people who bought the same product. Plus you can search by category so you can easily find what you are looking for.

Well, I better start saving since I'll be doing a lot of online shopping.

Reminiscing Before I Sleep

It's 2:00 am right now but even if I am already very sleepy, nostalgic memories are overtaking me. I can't help but let out a heavy sigh as I remember all the people who made my life fun and interesting.

When I left the Philippines for Canada, I left a very important part of who I am, my pride and joy of being a nursing student. Sure the sleepless nights and stressful tests and projects where nerve wracking but at the end of the day I wouldn't choose any other way to live my life. I am still proud to be a nursing student but I wonder how the feeling of being a student nurse would be without the people (my colleagues... my friends) who have made me strong to endure the hardships of nursing. 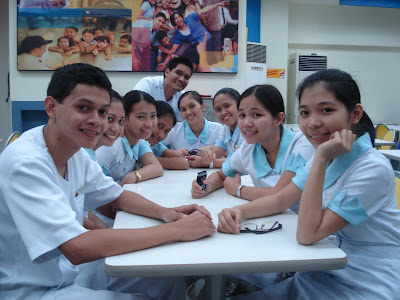 You see these people in this picture? These are my group mates and we went through all sorts of hardships together. We fought, we cried, we laughed, we shared dreams, we said goodbyes... 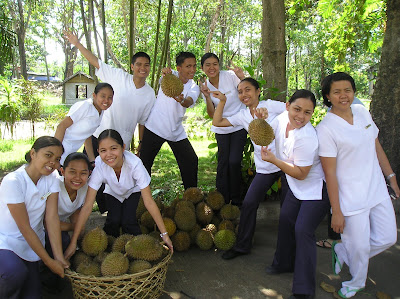 And my friends... I miss my friends. These are the people who accepted me for who I am and decided to stick with me even if I was moody and a bit unreasonable. They said good bye but this doesn't mean that we won't see each other again... 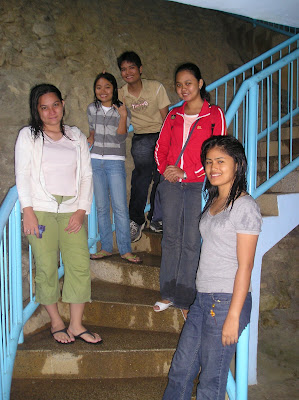 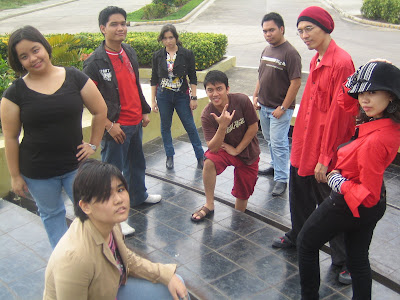 And of course my beloved Missy, who I loved unconditionally even if she jumps and bites me at times... you will always be in my heart... 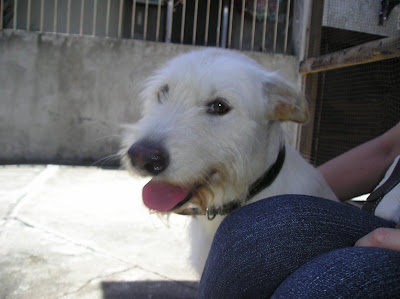 I may have left big chunks of me in the Philippines that it's really unbearable and that I feel depressed and empty. But I brought with me something that will overcome my loss and loneliness... my will to finish what I started and the hope that someday I will come back to the Philippines and be reunited with the people who have helped verify my existence... because with out them... I would be nothing.

Locked Out of the House!

Seriously! Being locked out of your own freaking house is so infuriating that it's not even funny anymore (I wonder where I copied this sentence, hehehe). I hate it because it's not even my fault why I can't enter our apartment. My stupid brother left his keys at the house and then borrowed mine while I was at the mall looking for a job. I thought that it was already 5 pm so my mom would be at home already only to find out that my mom won't be coming home until 5:30 pm. Seriously, I am not going to let my stupid brother borrow my key again. Like he left it on his bed and maybe he didn't see it because of all the mess and clutter that he always makes. Seriously my day to day headache is my brother, sharing rooms with him is hell. We should have taken that three bedroom apartment rather than our two bedroom apartment.

Anyway I've managed to be not a bum today and I was able to drop off 5 resumes. I was going to work at the store that my friend is working but I had to walk so far to get there and it's already so cold. The temperature here is already below 0 degrees celcius and I feel my hands and head freezing everytime I go out so I decided to work at the stores at the mall near our house since the walking distance is lesser. I could ride my bike but I'm already so traumatized to do so because I have been almost hit by a car so many times. When I'm on a bike I'm considered to be another car that's why it's so frustrating having to try so hard to balance myself on the bike while waiting for my turn to cross the road.

Anyway, I really hope that I get a job at that sports store because there aren't many customers and just arranging stuff is kind my thing hehehe. I don't care if they pay me less than $9.50 an hour, just as long as the work isn't that hard and I'm not stressed out. I'm kind of demanding huh? Well, let's just see what turns out.

An Update on the Job Hunt

I mean the only job hunting I did was search online through jobbank.gc.ca and monster.ca and although out of my resumes sent I think only 3% or less responded to my application and asked for an interview.

Although the job offers where good I realized that waking up really early in the morning and taking the bus to work was not my idea of fun.

Well call me lazy (I know) but I really did not want to work far from home with a salary that isn't worth the stress of traveling. Well after several weeks of being jobless I finally decided to apply once again to Safeway as either a cashier, store clerk, baker, or meat wrapper. I didn't really care if I earned around $9.50/hour (the same wage I got with Tim Hortons) because the work is not that stressful unlike Tim Hortons and the earliest time I have to go to work would be 9 am and the latest would be 9 pm or 7 pm.

I do know that working with Safeway means that I have to get into a Union and all but that's ok. It's also ok with me if I start as Part time and then slowly move to full time and move my way up. In Safeway the time slots for work are based on seniority or the time you worked for Safeway.

I'm actually not that confident that they would call me again since I didn't appear the last time I was called for an interview. I didn't show up since I already had a job at Tim Hortons.

But if they don't take me then I will go with Sobeys, which is nearer to my house. And if Sobeys do not take me then I have no choice but to go back to Tim Hortons. Well I think they still would take me in because my manager (actually she asked my co-worker to call me) just called this morning asking if I would want to work for them as a part-time employee. Well I would love to earn money but I really don't want to work in the morning because that's one of my reasons why I quit.

Well the job that I'm really aming for was the call center job at Convergys since it's very near and taking calls from customers (even if they are rude and annoying) isn't that hard because I don't really see them so all their hate I can just ignore since they are hating the company and not me. A call center did offer me a job but it was so far that I refused it. I went to Convergys but they were closed to the public so I didn't have the opportunity to submit my resume. I have to ask my brother's friend how his sister was able to apply.

But if Safeway does offer me a job, I'll have no second thoughts and I'll take it immediately.

***
Image credit goes to imagineeringezine.com
at October 03, 2008 No comments: 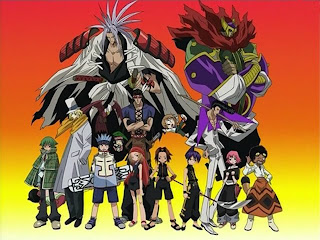 During the past few days of being jobless I have been keeping myself by watching some good Japanese Animation or anime. I was watching Shaman King, an anime series which I didn't have the chance to finish watching during high school because my life was dedicated to studying back then (ewe... how nerdy hehehe).

Anyway I'm almost finish watching Shaman King and what could I say? It's a great anime! Some people would say that anime are just for kids or it's nonesense but it does have some special messages like do what you must to achieve your goals, but never ever think that it's ok to step on anyone to reach your goals. I know, it's not that inspiring coming from me but watching Shaman King is inspiring for me and it fits the genre of the movies and games that I love watching and playing: fantasy & supernatural.

It is through watching anime that I am released from this world, worrying about nothing. But I do know that I need to face reality, such a troublesome fact.