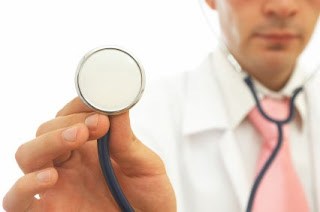 As I was doing my patient research for one of my patients who had hepatic encephalopathy, I had found my self forming judgment and biases against my patient. I read that EMS had to transport her from her house because her home care aide reported that she had increased confusion. The EMS report stated that they found empty beer cans in her room and she reeked of alcohol. When I read this, I quickly remembered a discussion I had with a classmate about a doctor who told his patient that "She did it to herself". I couldn't help but agree with how the doctor thought. Here is a person who was terribly sick because of years of abusing alcohol, smoking, and doing street drugs. She is in the hospital occupying a bed and using up so much resources, which could have been better allocated to someone whose illness wasn't self-inflicted.

That would have been my thoughts if I wasn't more aware of the determinants of health and other ethical principles such as not judging a person by pure face value. As I have learned from my past clinical experiences, what is said on the chart is not always 100% accurate and there are other vital information that aren't included and can only be known from the patient themselves. It is very easy to fall into the trap of forming hasty generalizations because of a limited information provided to us. I do not know my patient very well but I am sure that there is a reason behind the self-abuse. Although the information was limited, I have noticed that she has bipolar disorder. From the mental health course that I have taken, I have learned that substance abuse is one way for people to self-medicate. Bipolar disorder is a condition in which people go back and forth between periods of a very good or irritable mood and depression. Mental illness is not something that people chose out of their free will and they deserve the help that they need without the negative attitude that some people would have because of the misconception that "they did it to themselves".

Some would argue that they did have a choice to abuse substances, but again as a health professional, our role is to promote health and help a patient to the best of our resources and abilities. Just like a person who smokes, we cannot change them through force, we have to form a partnership and work with them towards mutually set goals when they are willing and more accepting to learn. It is difficult not to form biases, but we have to wear our nursing caps and leave our personal biases out the door.

These are just my thoughts on this subject.
at November 07, 2011