Here are the three special doggies that I have been talking about in my precious posts: 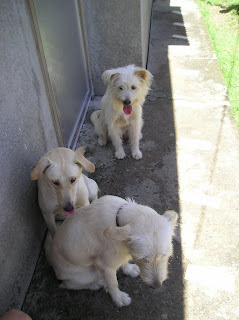 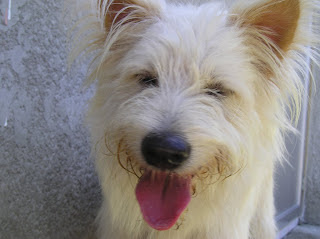 And here is Polly, Missy's Sister: 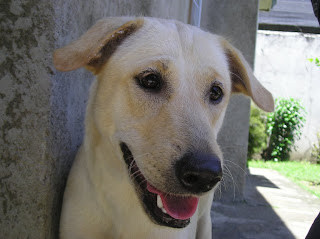 And of course my beloved angel: MISSY! 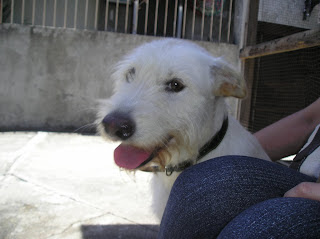 The three doggies were just like people when they met each other. I don't know why but it seems that they had forgotten that they once played with each other. Maybe their scents already changed or what. But anyway just like humans, they were checking each other out and trying to size each other. Puppy, Missy's mom was very aggressive towards Missy but a little later Missy barked back at Puppy and that instant Puppy knew that Missy is not to be belittled. She may be the skinniest but she's the most experience d fighter (joke! Missy is a lover not a fighter, Lol!).

But unlike people who talk behind each others backs and back bite each other, dogs tend to express what they truly feel. Missy does not want to be sniffed around and licked so she tends to bark out if she's irritated. But they don't bite each other, so that's good.

So my beloved Missy... hope you have fun in your new home. Don't worry about us ok? I love you my Missy pooh! ^_^