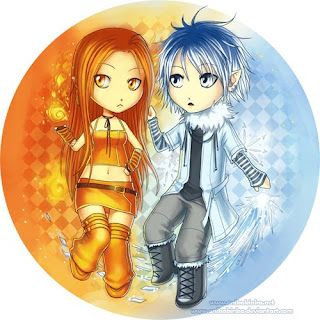 As the old cliché goes, "Friends of the same feather, flock together". I couldn't agree more.
Lately I had a sudden realization that some people that I hang out with are not who I thought they were. I mean, at first I thought we had chemistry and that we can be friends but as time progressed I sensed that there was a huge gap between us.
Just like a human cell, I see people as having a  major histocompatibility complex (MHC). MHC's are protein complexes outside a cell that are presented to lymphocytes to identify the cell as one of the body's cells.
Some would agree with me that there are just some people who we can't get along with no matter what and this is an example of what I'm talking about. It's not a difference in belief, race, or economic status that causes this gap. In my case, we are exactly the same but something is just off. I just feel out of place. It's not that I am left out but I just feel that we're just too different.
Life just never ceases to give me complications. Well, as I've always said before, I'd rather be alone than be in a group and feel alone.
***
Photo credits to =anikakinka
at July 23, 2010